N. 543-544 – “The third millenium. The precursory thought of Ernesto Balducci” 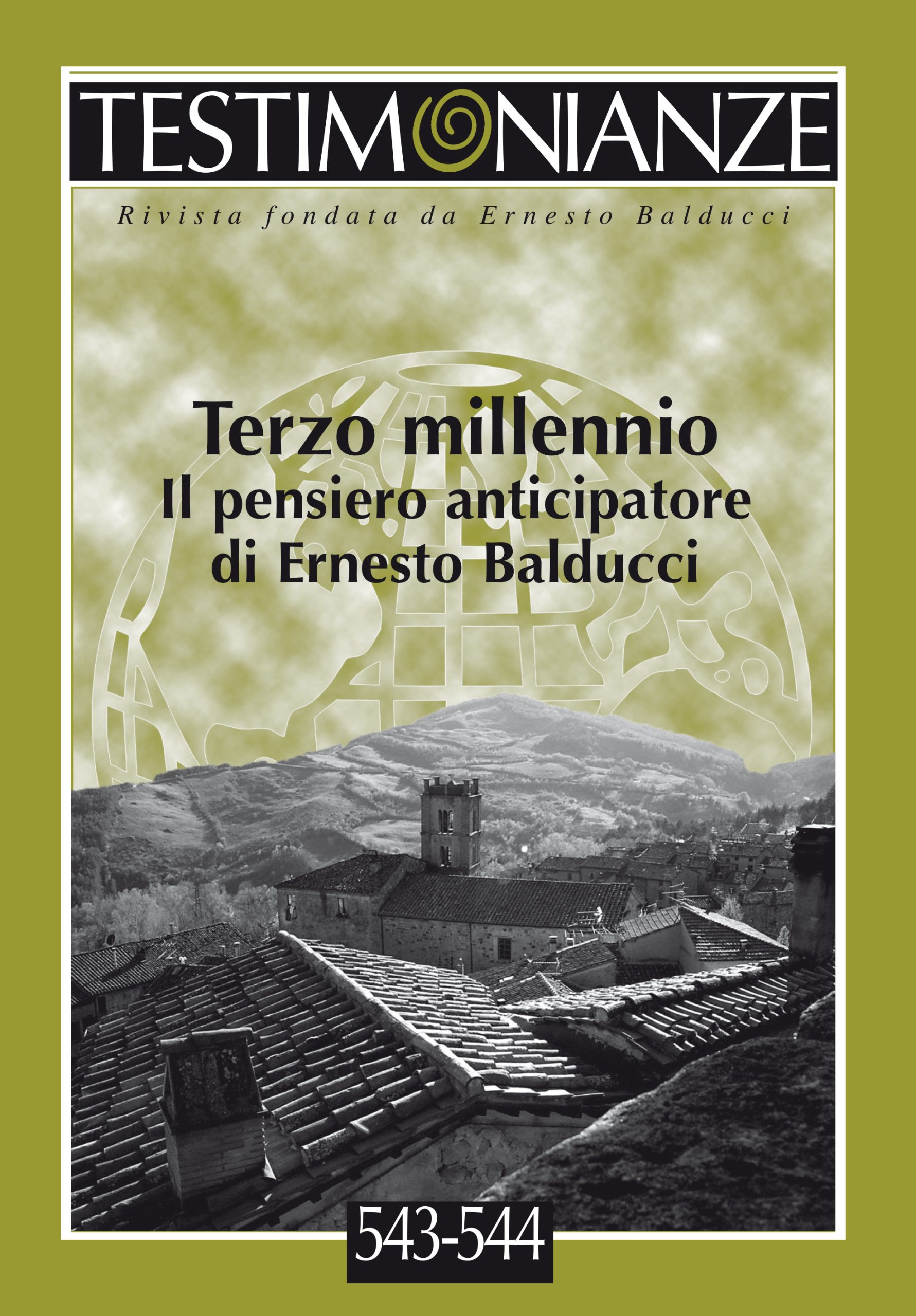 This is a special monographic volume entirely dedicated to the persona of Ernesto Balducci. As a matter of fact the centenary of his birth and the 30th anniversary of his death occur exactly this year. The volume is divided into two sections: in the first one, scholarly essays and “travel companions” focus on the figure and the precursory thought of the founder of “Testimonianze”; the second one is an (partial, due to the space available) anthological section with excepts from articles (all present today on the website) written by Balducci for the review from 1958 (year, in which the publication of the review began) to 1992 (year of his sudden death, due to a dramatic car accident). The topics of the two sections, which are intertwined and show a constant dialogue between memory and current events, were the main study fields of Balducci and they reflect his cultural elaboration. Balducci’s hope for the renewal of the pre-conciliar Church, his attention to the journey of the believers during the Second Vatican Council, his subsequent complaint regarding the betrayal and the nonapplication of the Council are, as well as a new relationship between faith, secularism and political choice, the anthropological turning point of the 1980s, the concept of “planetary man” and “transition”, the relationship with the “otherness”, core elements. Topics such as peace, disarmament, the relationships between Global North and Global South, human rights were central, to which the conferences “Se vuoi la pace prepara la pace” and the review “Testimonianze” itself are dedicated, stand on top of them all. It is in this spirit that, for the remembrance of the centenary of Balducci’s birth, the review promoted and organised together with the Consiglio Regionale della Toscana (and the Municipality of Florence, the “Ernesto Balducci” Foundation and the “Finanza etica” foundation”) the conference “Se vuoi la pace prepara la pace 2022” (the recordings of it can be viewed the Youtube channel of the review “Testimonianze”).