N. 545 – “Where is our «Abendland» heading to? Considerations on the Western World” 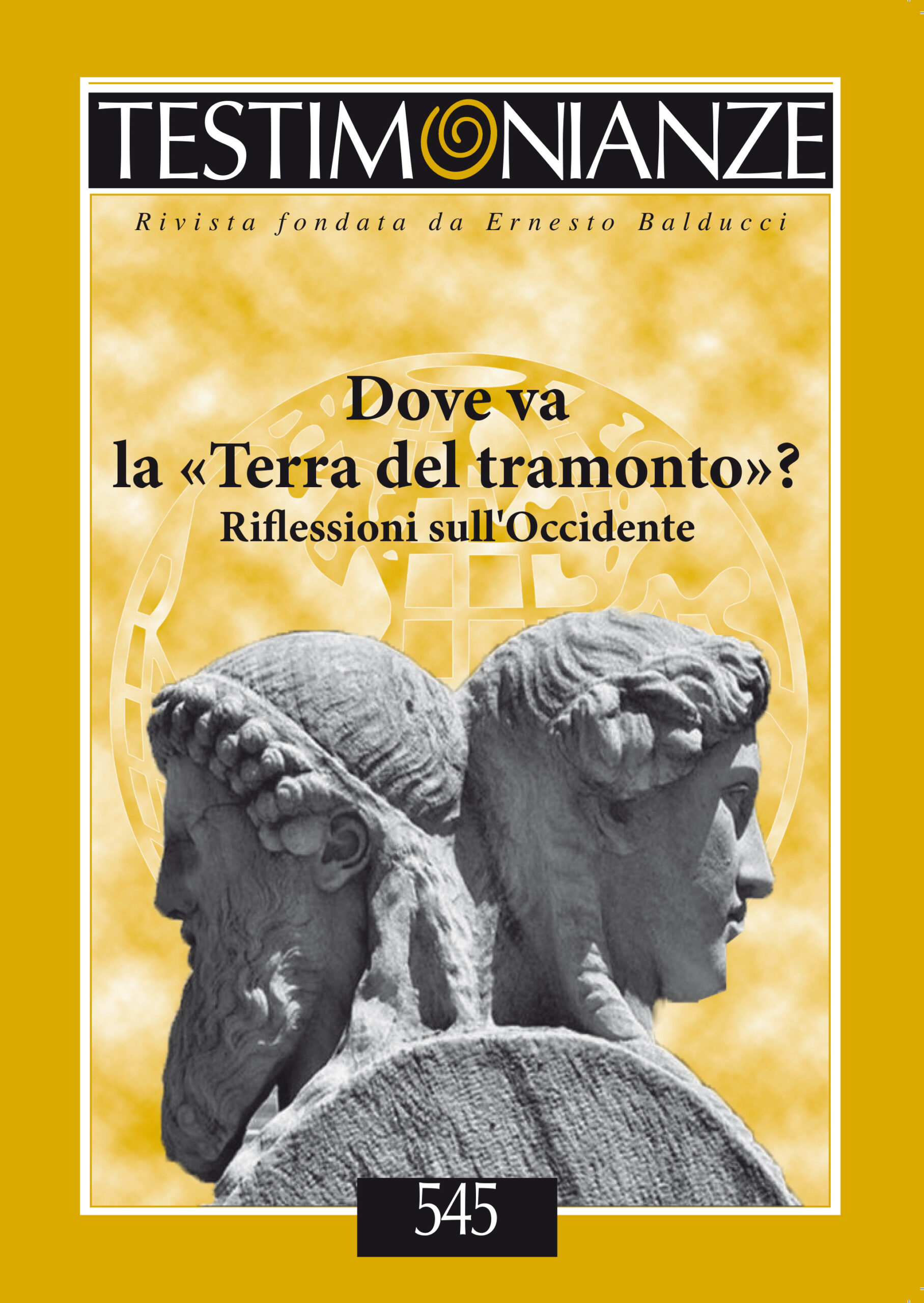 By quoting the last meaningful book by Ernesto Balducci “La terra del tramonto” (“Abendland”) this thematic section tries to dive deeper into some crucial issues of our present time characterised, especially for the Western world (not to be understood strictly geographically), by a profound crisis. Current hot topics like the climate crisis, the crisis of democracy, the universality of human rights (and their constant violation in too many parts of the world), the return of war on European soil and the spectre of atomic war will be addressed by means of a multitude of voices, sensitivities and points of view. The aforementioned aspects are not only expressions of a certain distress of the European West: they involve other areas of the “Western world” and ultimately the entire planet as well. After all, the Western world is itself marked out by a certain ambivalence: it bears universal values, to which it does not always happen to be faithful and those values are sometimes threatened on a global scale by autocracies and fundamentalisms. Criticalities, which exist and act as a burden, will therefore not be reduced and the present considerations are a reminder to protect those principles, which in turn are the key ingredients, together with cultural relativism, of human rights.