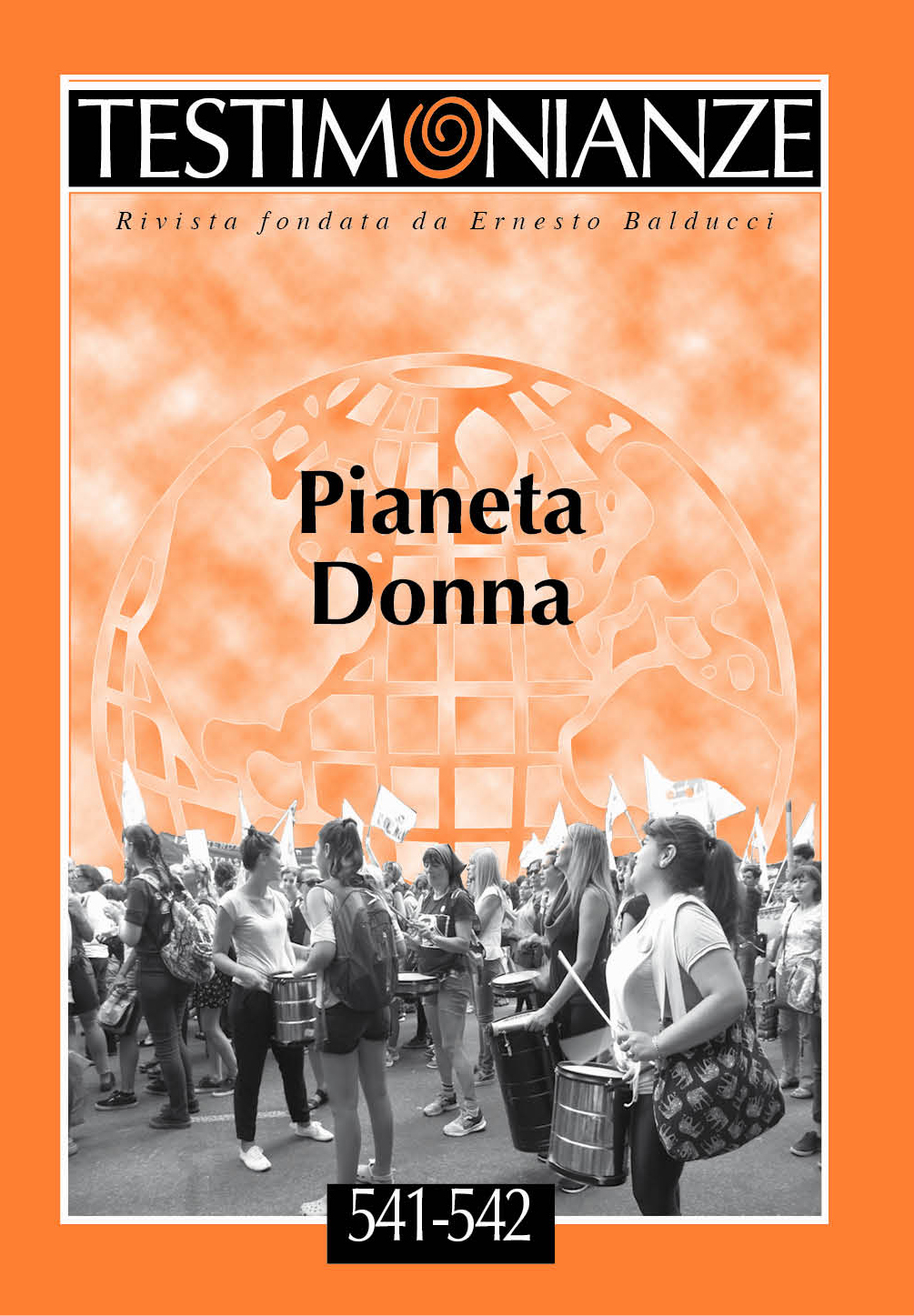 The title “planet woman” does not intend to mark a separation or a dividing line. On the contrary it highlights that part of the planet (or “the other half of the sky”), which is too often not taken into account or even overshadowed. The articles of this large thematic section dedicated to women’s rights, which for some were painstakingly won through years of civil battles and, which for others will be won in the upcoming future, focus on the lights and shadows, achievements and setbacks of the female universe. The following aspects will be discussed: the relationship with the opposite sex (and with the different forms in which sexuality it is expressed), the female role in the family and in the society (which in many respects and in too many countries of the world is still markedly patriarchal), the meaning of women within a multitude of cultural and religious communities, the reconstruction of the life path of some great female personalities, who have contributed in a significant way, in different fields such as philosophy, science, work and literature, to the common progress of human civilisation.