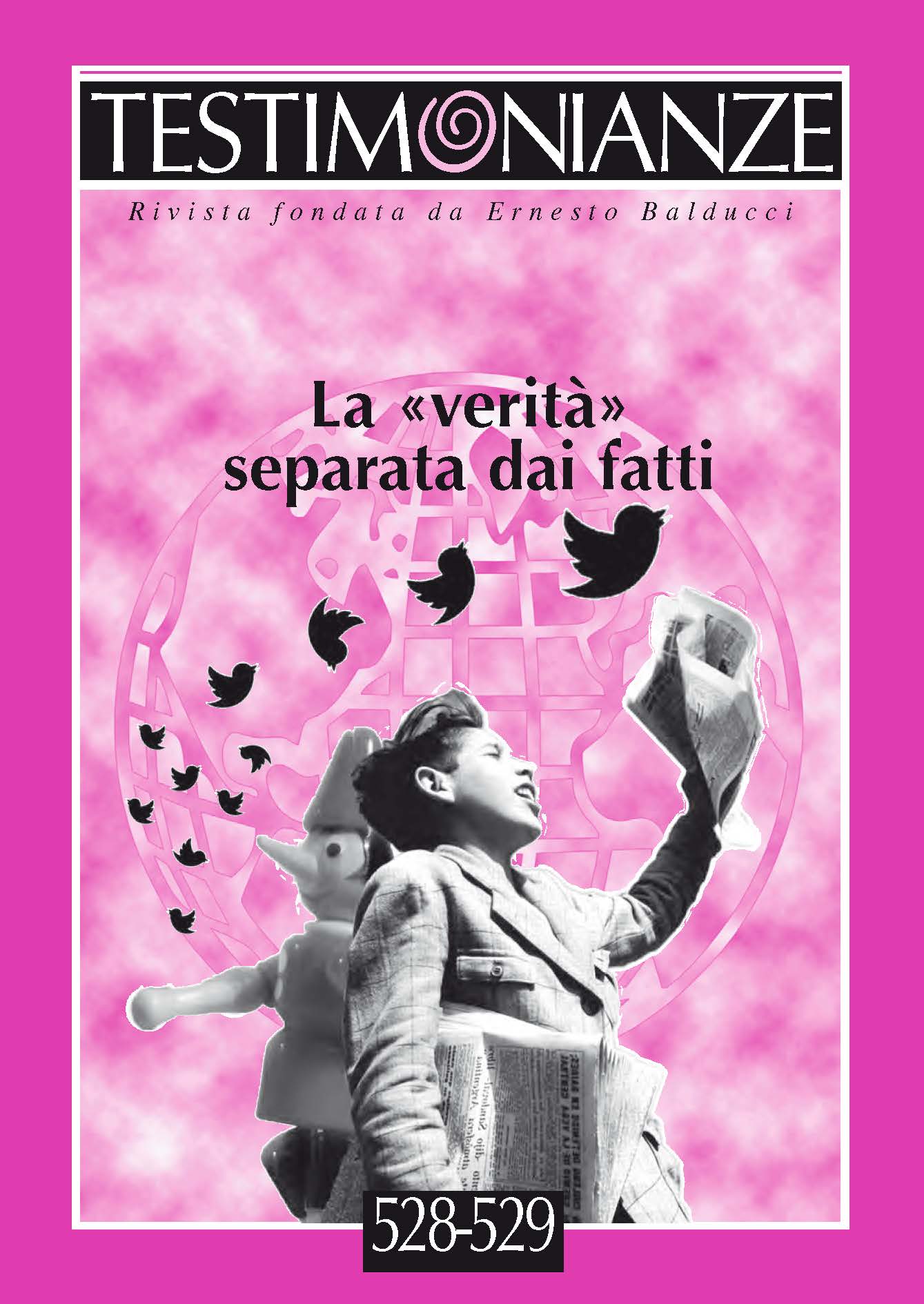 This volume focuses on making a critical consideration about alleged truths in times of global communication. These truths, devoid of any factual confirmation or any adequate check, are occasionally taken for granted in a variety of contexts (from the informative and journalistic one, to social medias, from historical reconstructions and psychology to forms of pseudo-science claiming to judge medical along with scientific knowledges and takeovers). The various contributions of the monothematic section are signed by philosophers, anthropologists, economists and scientists giving an overview from a plurality of perspectives. The complexity of the relationship between credible data and scientific culture on one hand and fake news on the other arises. Through this analysis it is possible to identify a pressing need for a confrontation with new forms of peculiar (even harming) cultural trends and typical prejudices of our complex time. Such prejudices are quite often spread by an airily (yet irresponsible) use of mass medias, which can in turn potentially address to a vast audience with considerable risks for our social life and democracy itself.