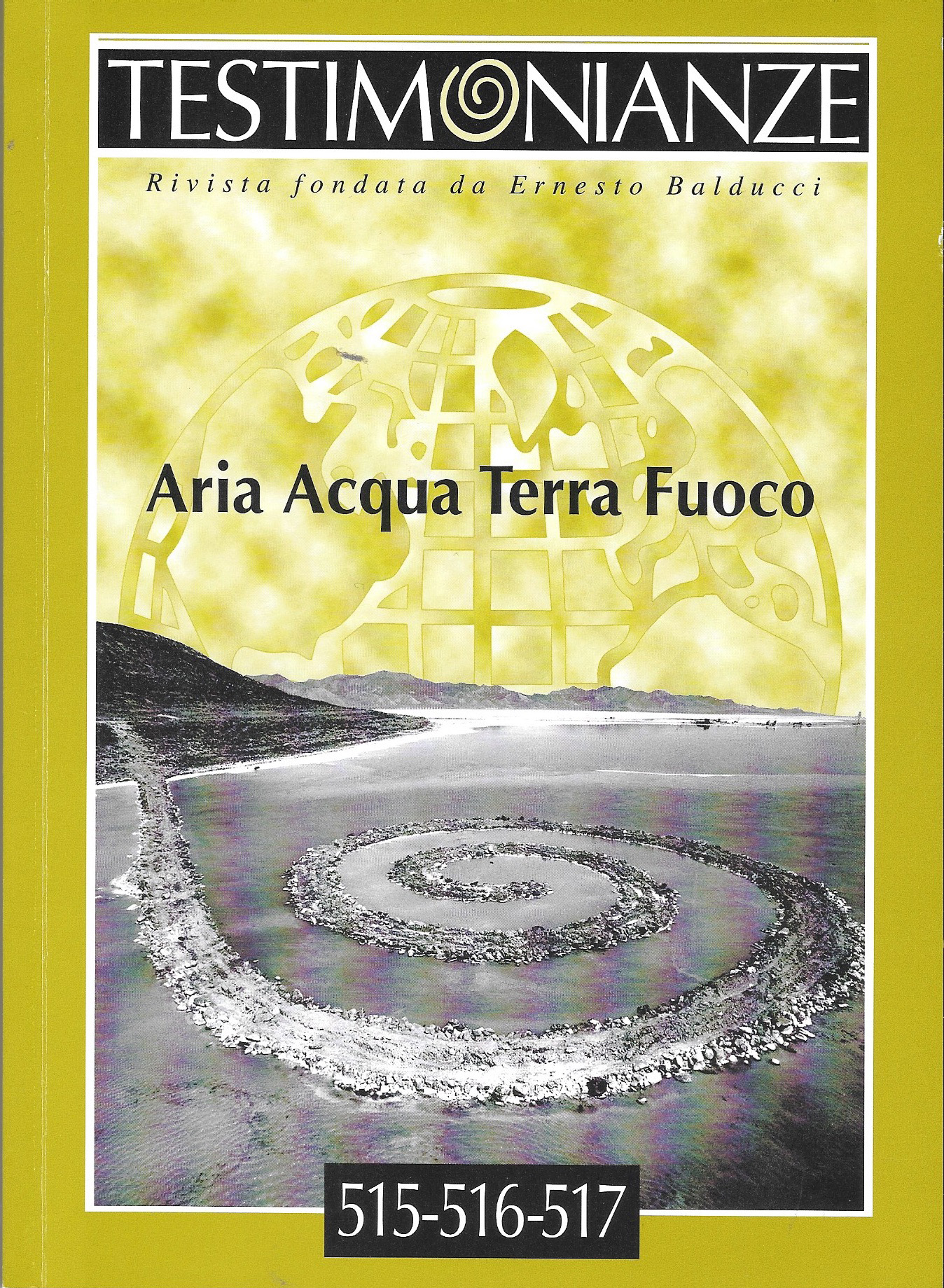 This special entirely monographic volume is intended to illustrate a complex issue, which cannot be easily summarised and, which has been characterizing democratic environmentalism since ages. The symbolic and metaphoric representation of the four elements (that build our reality according to the Ancients) points out the relevance concerning the profound and harmonic albeit conflictual relationship between Humans and their Natural Habitats, in which they move and take effect. The four elements underline the ambivalent character of the natural dimension itself since all of them can generate life but at the same time destroy it. The ongoing environmental and climate crisis, which is affecting the resources of our planet, is the result of the growing plundering acts of our global economy. The manifold contributions observe the traditional and multidisciplinary approach of the review. They probe deeply the main topic according to the specific proficiency of the authors and range from anthropological and philosophical analysis to religious, symbolic and scientific considerations. Urbanistic, economic and ecological examinations are present as well.