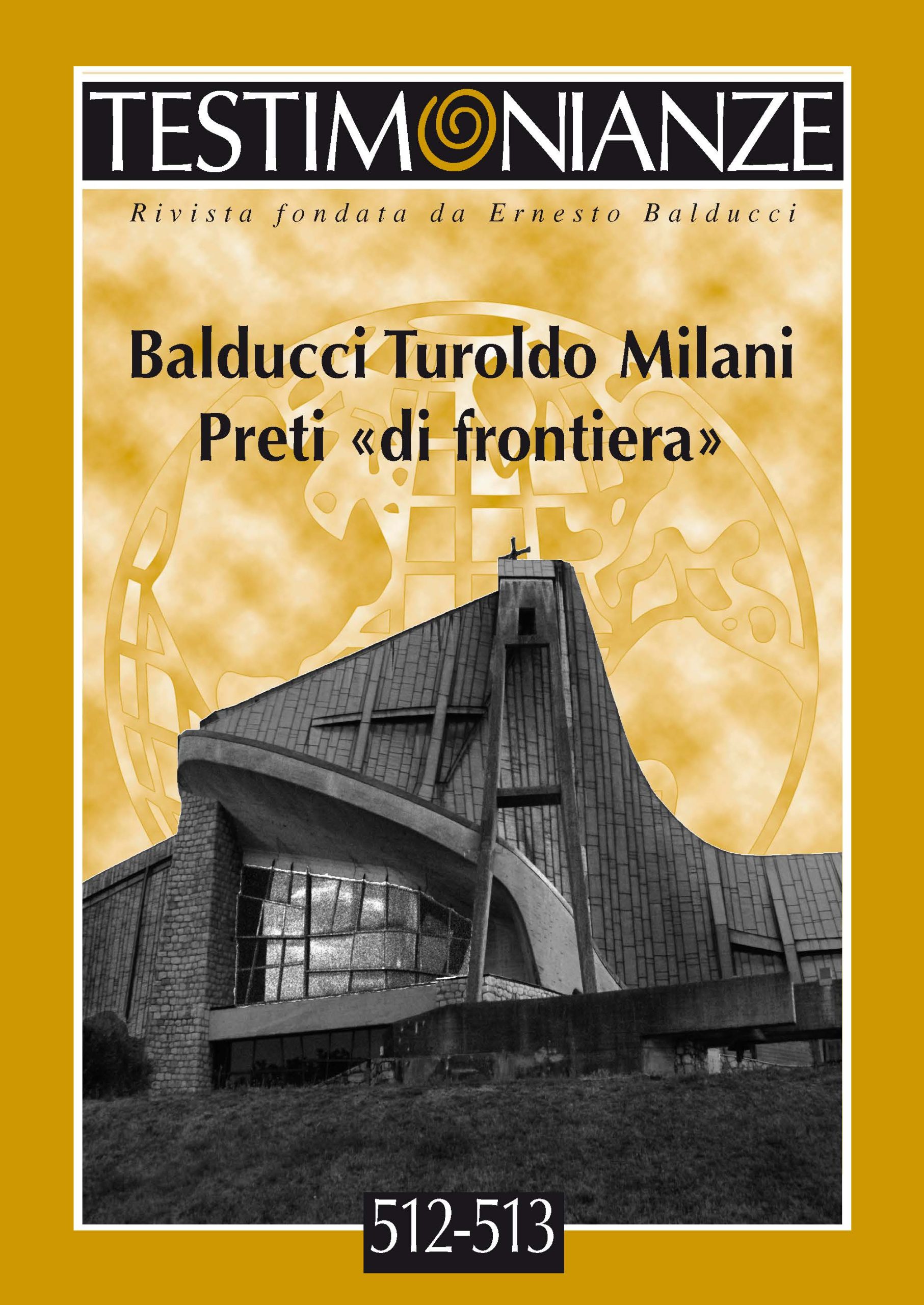 A special monographic volume dedicated to three model priests: Balducci, Turoldo and Milani (the first two ones passed away exactly 25 years ago and the last one passed away 50 years ago). As highlighted by the many contributions in the volume, they were, due to their personal life path, their biography and path of faith extremely different the one to from the other. They had, however, something in common, which made them (each one in a particular way during his journey) deserve the adjective of “troublesome” and, which provoked to a certain extent their marginalization by the Catholic Church, which is a profound faith in God as well as a radical faith in the Human. The three in spite of their fears, never abandoned the Church. They lived their faith in a “cutting-edge” and unconventional way. In 50s they livened up the city of Florence with their dialogues and debates, which created a particular lively atmosphere full of ideas and suggestions that would later on be echoed by the Second Vatican Council. The prophetic and poetic power of Turoldo’s works, the firm and passionate commitment of Milani in teaching the word of God, the considerations regarding the relationship between faith and secularism and the new planetary dimension of History mirror their radical and visionary suggestions. The three strengthened a profound message about brotherhood, freedom, justice and peace, which is still present nowadays. It may probably be thanks to this radicalism of theirs, to a deep religious, civil and human message that Pope Francis confers now an award to Don Milani in Barbiana; a place that symbolizes the exclusion but also the redemption of the last and the renewal of the Church, which becomes a source of hope and poor among the poor ones.