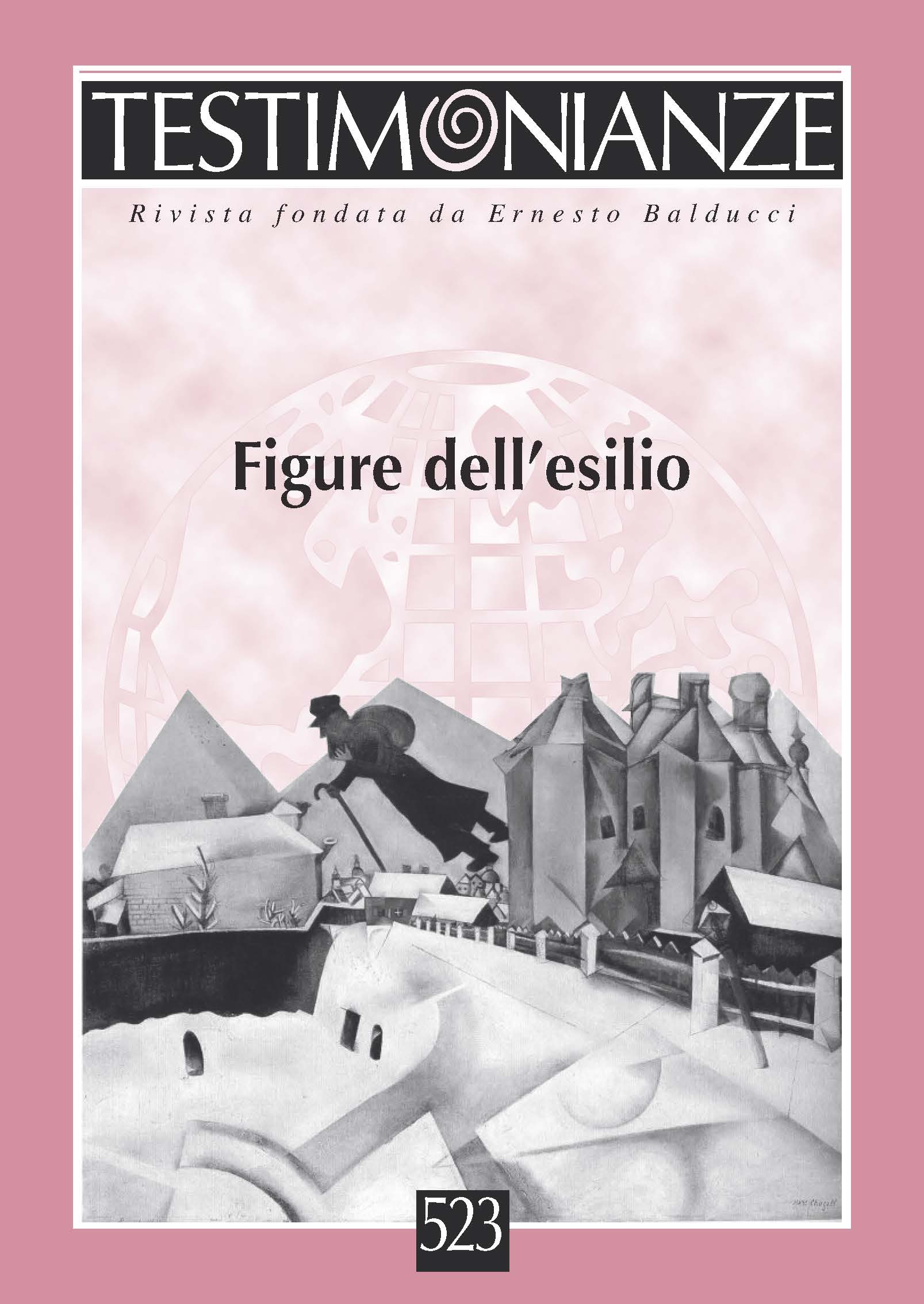 Some considerations developed by Testimonianze’s usual wide range of perspectives on symbolic personalities (a few among the many ones, who could have been taken into account), who have been suffering since remote times and are still suffering now due to the tragedy of the exile and the consequent sorrowful  events. The existential condition of the exile is recalled and thought over through the methods and the viewpoint of each protagonist. It also recallsthe fundamental moments of the exile’s experience like the uprooting, the abandon, the solitude and the feeling of nothingness. Nonetheless redemption and rebirth are present as well. An existential theme, which seems to concern at times the human condition itself. Furthermore when the exile, as it often does, originates from situations bound to the political reality such as authoritarian governments or oppressive systems, it should be considered in a more political and historical dimension besidesbeing a theatre of sorrows. An eternal theme, which refers not just to the past but also to our contemporary time characterised by mass migrations. Our present context calls into question the moral and political relationship between the exile condition, the right of asylum and the reception of migrants, all already hypothesized by the cosmopolitan ethos of Kant and the Universal Declaration of Human Rights of 1948.