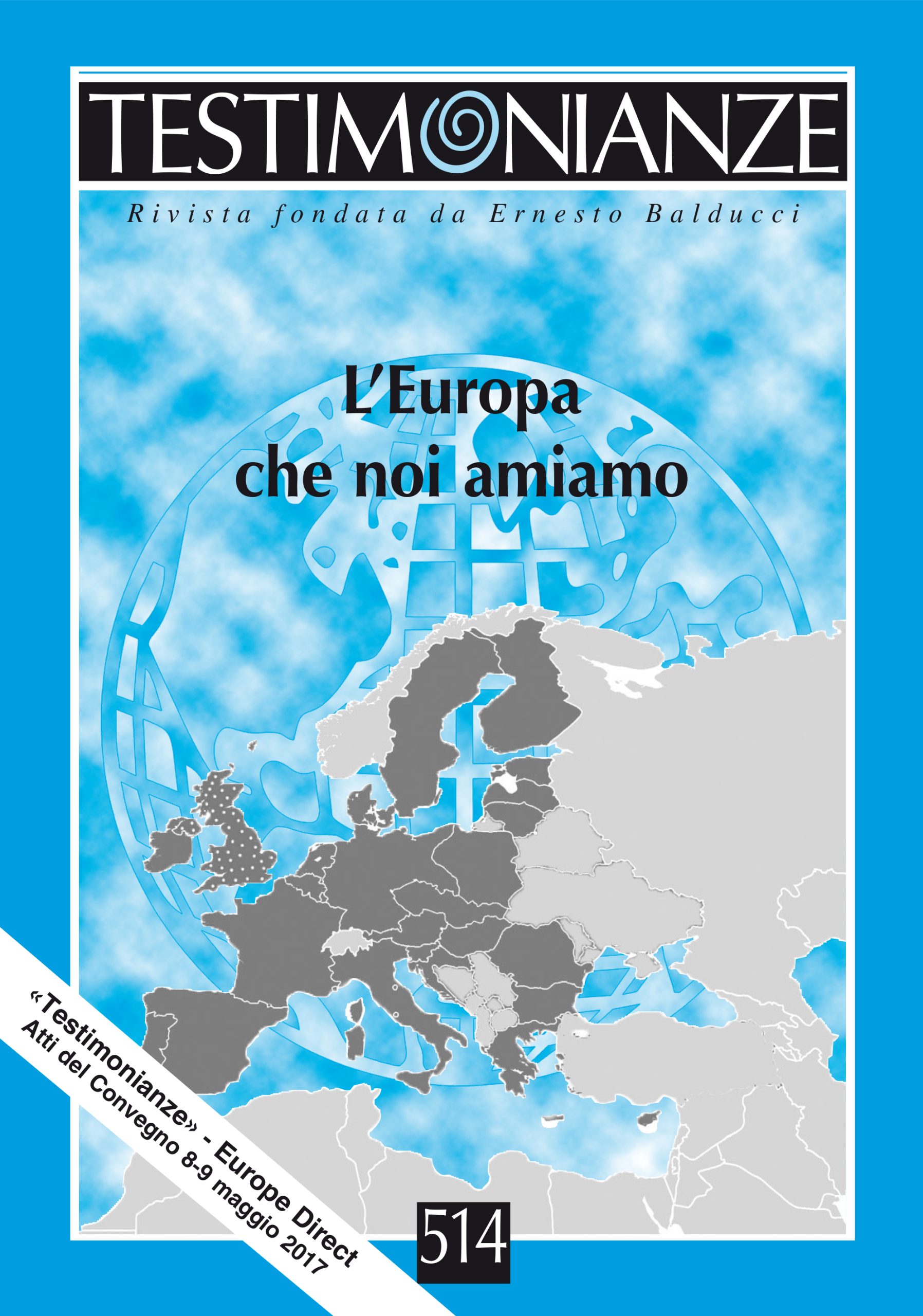 (Conference held in Florence on May the 8th and the 9th 2017: conference proceedings)

This volume is a monothematic section dedicated to the conference proceedings of the symposium held on May the 8th and the 9th 2017 in the room “Progetti Arte Contemporanea” at “Murate” in Florence. The conference was organized by “Testimonianze” ed “Europe Direct” as a part of the project “A certain idea of Europe” (“Una certa idea d’Europa”). The title of the symposium, “The Europe we love”, was inspired by the words Balducci pronounced at the Verona Arena in 1991. In that occasion (as in some previous ones) he highlighted the ambivalence of the European dimension divided between the “culture of domination” (the one we do not like) and the “culture of the rights” (the one we do love). Even though several years have passed and time has been changing Balducci’s idea is in line with the topics that have always been present in his cultural conception and, which “Testimonianze” promoted during the two days of meditation about the Europe we love. The content of the speeches in this volume concern five conferences, which dealt with crucial topics such as the economic crisis gripping Europe and its possible solutions, secularism, the relevance of the many religions of our multi-coloured European cultural landscape, European history seen through the point of view of poetry, migrations, the struggle Europe is facing in order to become a cohesive yet diversified political and cultural entity. In conclusion, the round table discussion focused on the current relevance of Ernesto Balducci’s (the founder of the review) observations about Europe (as he knew it) and about our planetary interdependence. The conference was addressed above all to the youngsters (plenty of them attended it during the two days) and ended with the concerts of the “Orchestra Giovanile dell’Accademia musicale di Firenze” and the group “Whisky Trail”. This memorable band of the Florentine and European musical scene was entrusted the last dedication of the initiative for an idea of Europe wanting to build a “common home” with diverse people and cultures able to cope with the challenges of our global in time scarred by the temptations of fear.